All these years and I have never shared the kid’s playhouse with you guys. When we moved into our home four and a half years ago the space in our yard felt daunting and HUGE. Our home sits on almost 1.5 acres of what was once a weedy mess. Ideas and dreams kept me up at night, grandiose plans ate up precious sleep time barking at me all night long. For months. I dreamed of arboretum like gardens with interesting nooks and outdoor rooms around every corner you explored. A rose cutting garden and vegetable garden Martha Stewart would be jealous of blueprinted the walls of my brain. Most of all I wanted to build the coolest playhouse for my kids. (look how little and cute they were!) 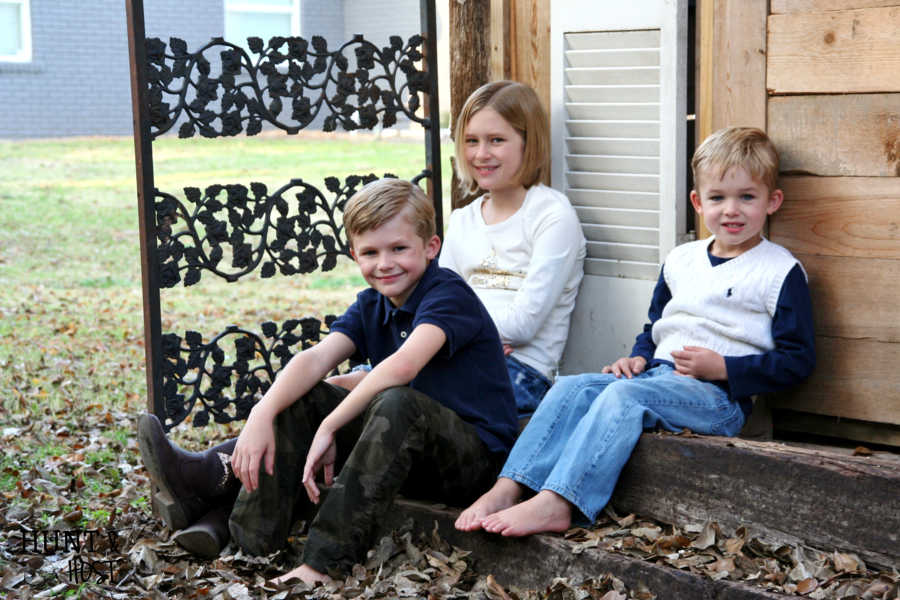 I envisioned them lazily reading books and playing school in the quirky walls of their very own “house” out back. The dinner bell would be the only thing to rip them from the depths of this magical space in the yard. Secret handshakes and passwords would surely be invented to grant entrance into the fort of all forts. 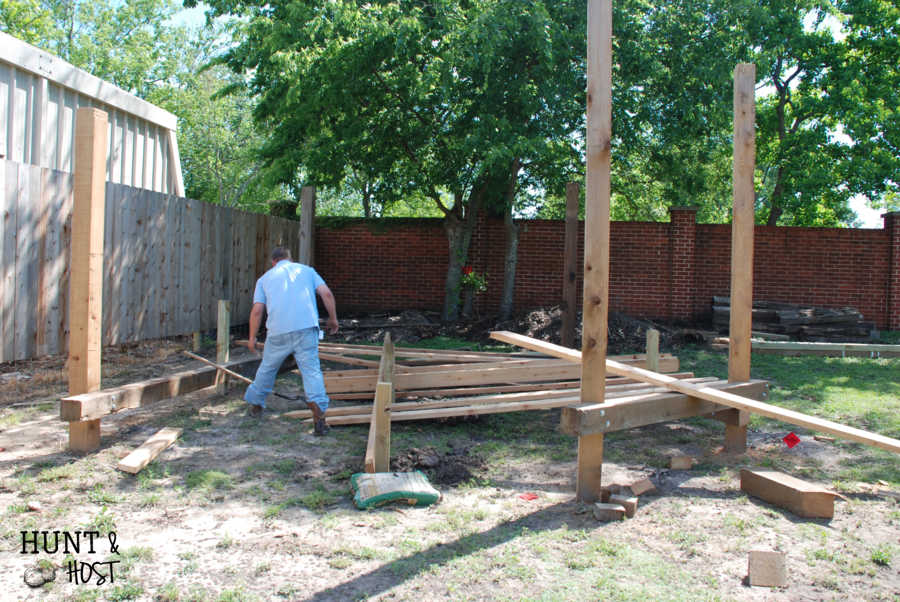 Luckily we had a ton of miscellaneous wood left over from the demolition and remodel of our house. Plus I have the sweetest husband in the whole wide world that goes along with my  high flyin’ ideas. He should be sainted for putting up with me.  Next thing you know it was hi ho hi ho off to work we went on the best little playhouse any kid could ever want. 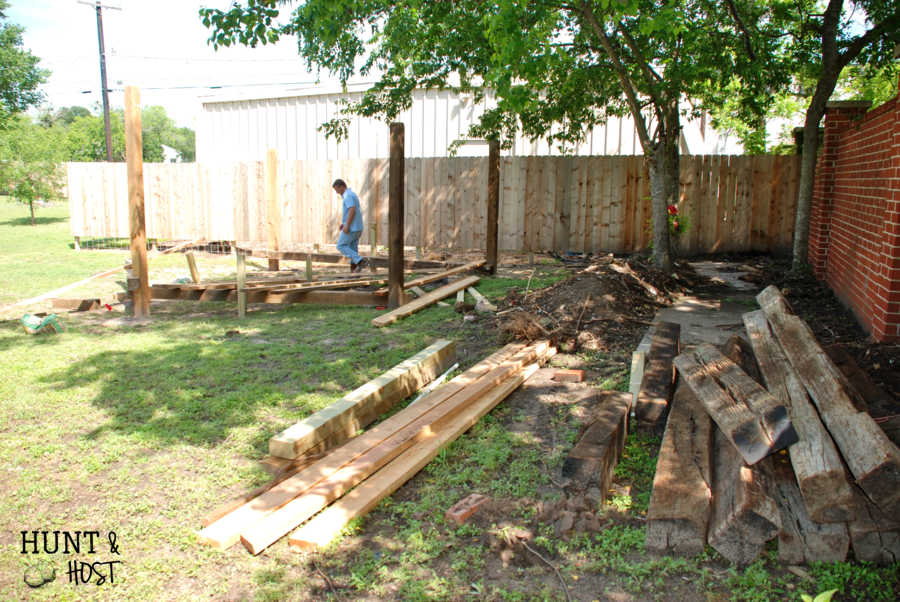 I have to say, I was proud. We worked so hard on this oddball, mismatched, upcycled space. I decorated it all cute on the inside, collecting school desks, table and chairs and a toy chest for the kids to use. It had mystery exits on all sides so it was perfect for a mean game of hide and seek. We even let them and their friends write on the walls. Who doesn’t LOVE that? 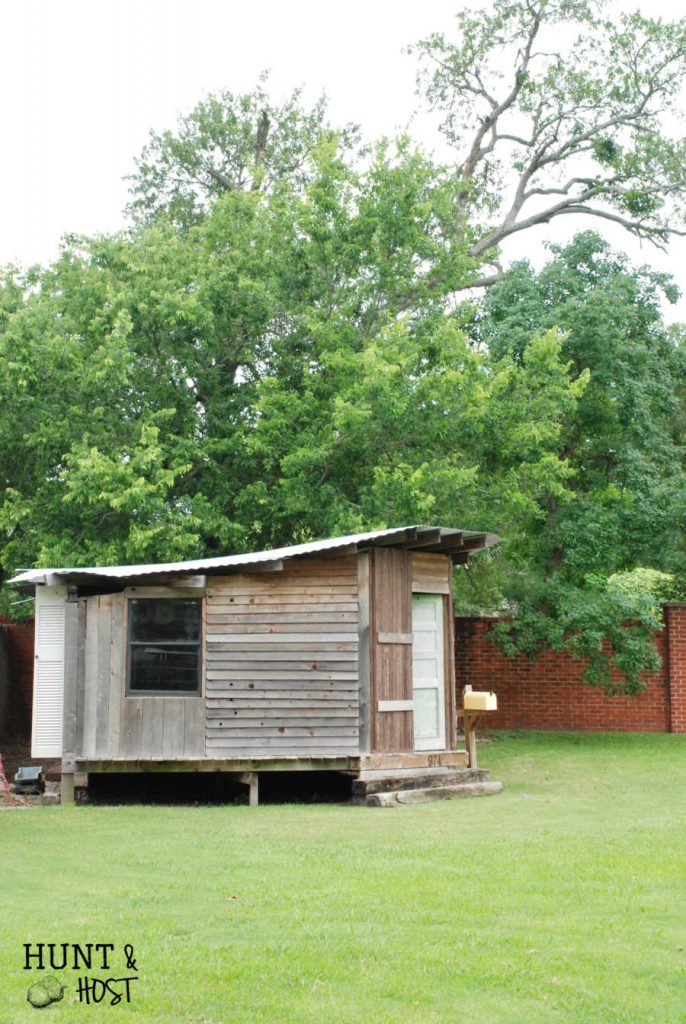 I’ll tell you who…my kids. I can’t honestly say they didn’t like it. For a short while in the beginning they were enamored with the newness of the monstrosity out back. Occasionally they would hang out and play in it, but basically it was a huge object to hide behind when playing nerf gun wars. 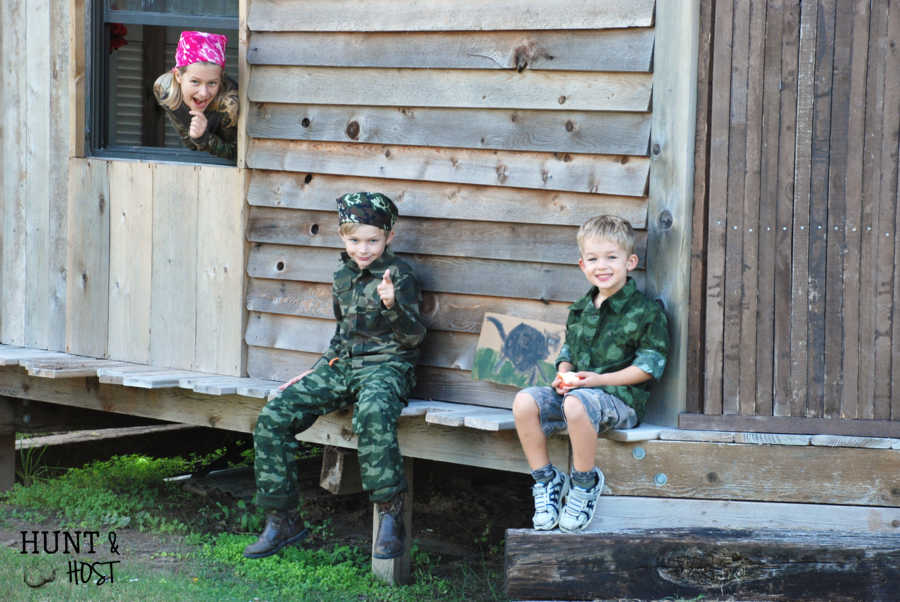 This year my daughter asked for chickens for her birthday. Reluctantly (and because it was my daughter who asked) my husband said ok, but we had to have a plan of where the farm we are slowly acquiring would go. You see, last year my son got rabbits for his birthday. Since then we had four babies and adopted another into the herd. We gave two babies away and are back down to a brood of five. We devised a plan to convert the unused playhouse into a chicken coop. What a feat to basically take this huge house apart. 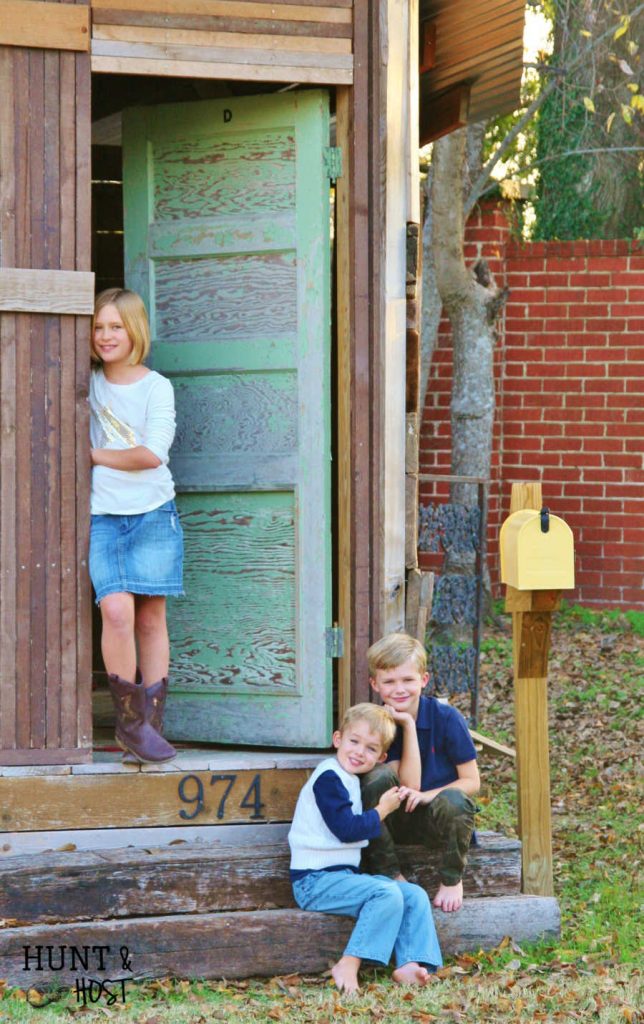 Board by board we have started de-constructing the house. Todd will knock a wall down and dismantle it while the kids and I wrench and pry to get all the nails out of the wood so the boards are ready to be given life again in a new way. It took us an entire day to get the roof and walls down. We both hit the end of our energy rope at the same time. The boys had long gone lost interest, but Mae stuck with us ALL DAY because she was so excited about her chickens. After pulling and pushing on a stubborn nail for a few minutes I just couldn’t do it anymore, all my momentum was gone. We now have a small pile of wood still waiting to have the nails removed. The floor and wall posts remain, we will rework them into a coop somehow. I haven’t worked out all the details yet. 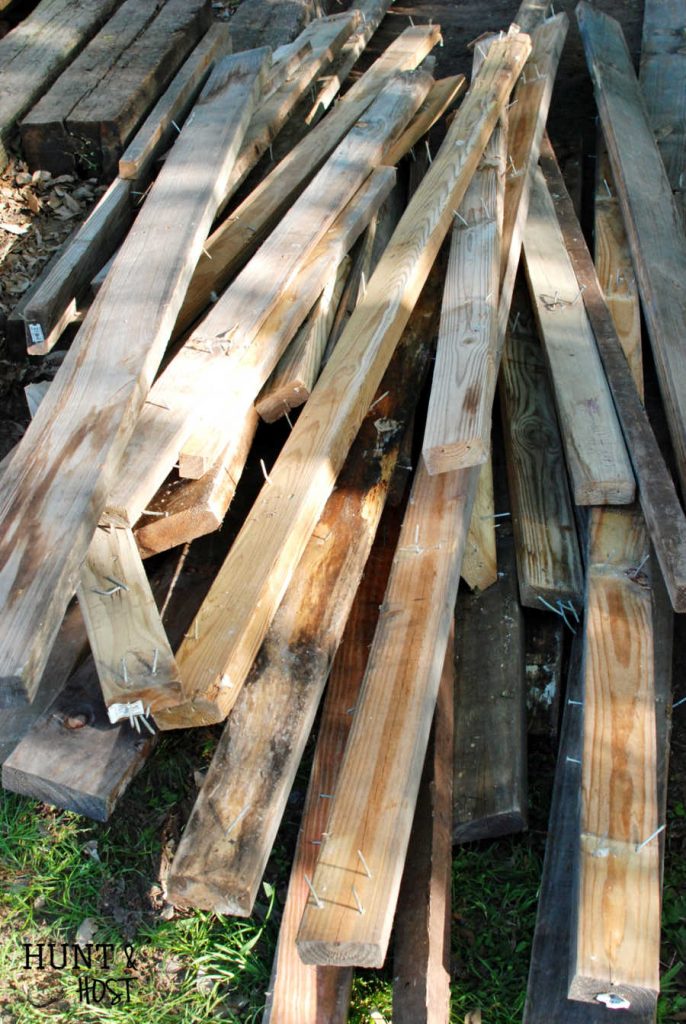 As piece by piece this structure came down I couldn’t help but think of the liberty I had taken with dreams of mine that I placed on my kids. I wanted something for them that they didn’t really want for themselves. The kids weren’t even sad when we told them our idea of tearing it down. Sure my idea was good and they appreciated it, but it wasn’t their dream. Not like the chickens and rabbits are. 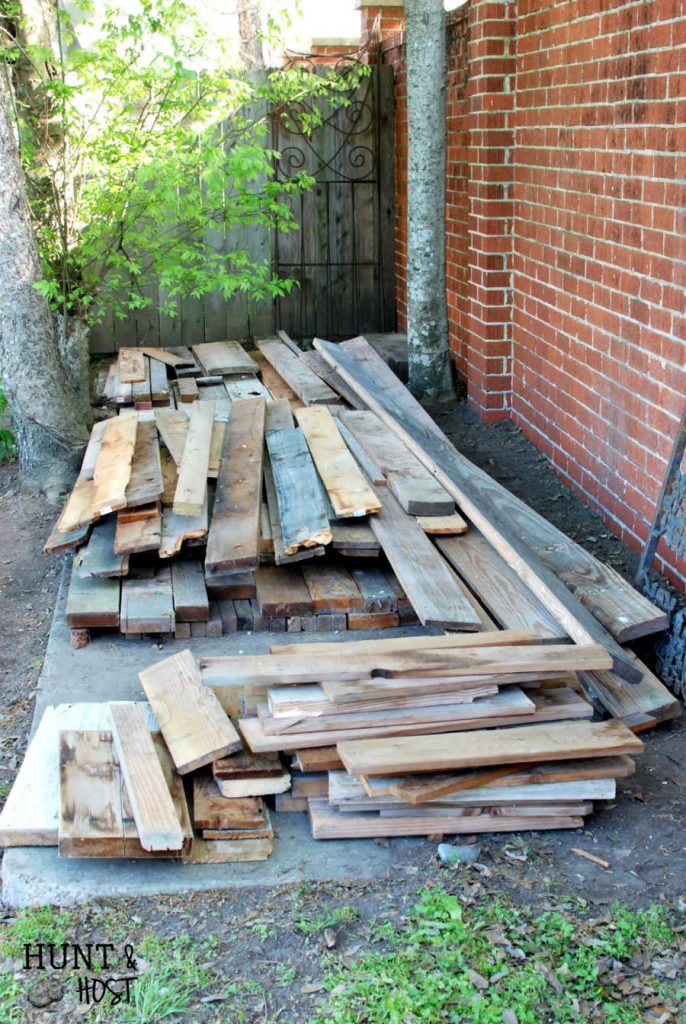 I constantly have to step back as I raise my babies and think hard about the decisions I make. It’s a fine line between making wise parenting choices and putting things on them that are my dreams for them, not theirs. So often we assume what someone wants is the same as what we want. We devise theories about how we would feel in certain situations and assume we know how someone else feels. It happens not just with our kids, but our spouse, friends, even acquaintances. We judge their circumstance and think they must be so awful or amazing based on our own heart’s desire. When we look into the old testament David and his father model this situation and it’s outcome. 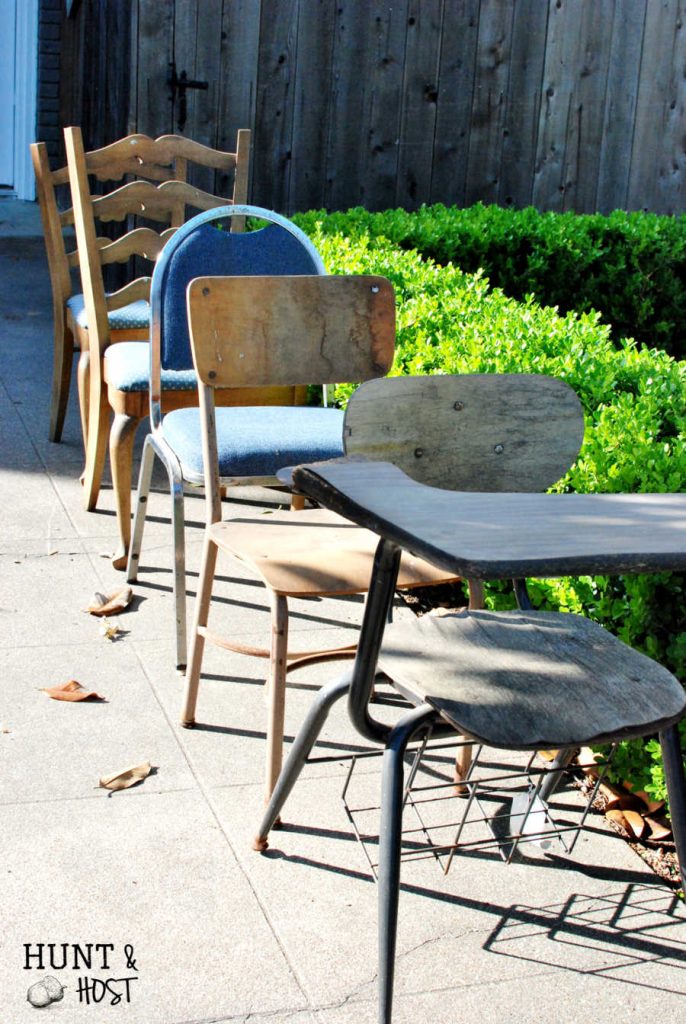 When the prophet Samuel was sent to anoint a future king he was brought to the family of Jesse. One by one Jesse paraded his boys out in front of Samuel. All except for David. If you are familiar with this story told in 1 Samuel 16 the frequent takeaway is that God looks at the heart of man not appearance. Beautiful point, but I’m caught up in the father, Jesse’s, role in this situation. Jesse either didn’t see his son as a potential leader or loved him so much he hid him from this potential by keeping him out in the fields that day. Either way, Jesse was projecting his ideas on his son’s future. Let’s be real here, if you have a prophet at your home telling you he was sent to anoint one of your sons you don’t forget about your youngest for no reason. There was motive here, even if we don’t know 100% what it was, Jesse was flexing his will on David. 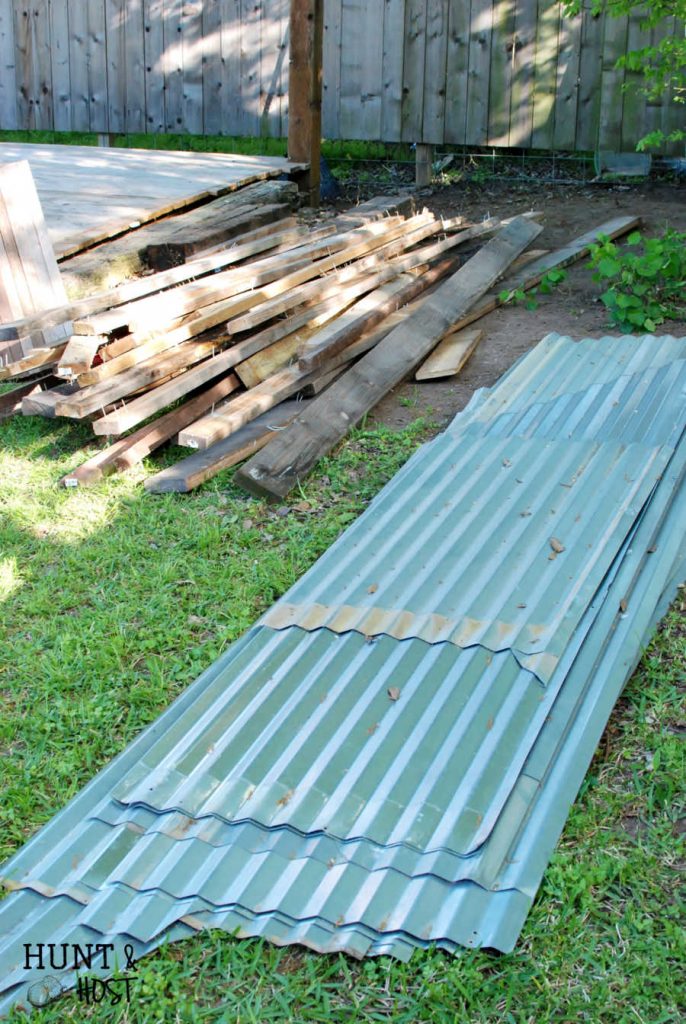 The years David spent under his father’s directive herding sheep were not wasted. David learned to fight lions and bears, a task that would prepare him to defeat Goliath, in turn bringing him into the gaze of the reigning king Saul. These steps partnered with God’s favor lead to David’s eventual reign as king. Even more interesting to me is the one person on Earth who was supposed to know this child best  (Jesse, his father)  completely missed the mark and a total stranger (Samuel) saw something in David that no one else had. That is the power of the Holy Spirit inside of us and the power we have to see potential in other people that they can’t see in themselves. When we consult God about the future, plans and opinions and learn to judge people through God’s lens we see true potential instead of our own agenda. And let’s face it, God is infinitely more creative than we ever dreamed of! The second part of the equation is listening. Are we listening to what those around us are telling us? The hints they are dropping about their dreams and desires? Are we taking what they tell us and prayerfully supporting them or pridefully projecting our dreams on them? 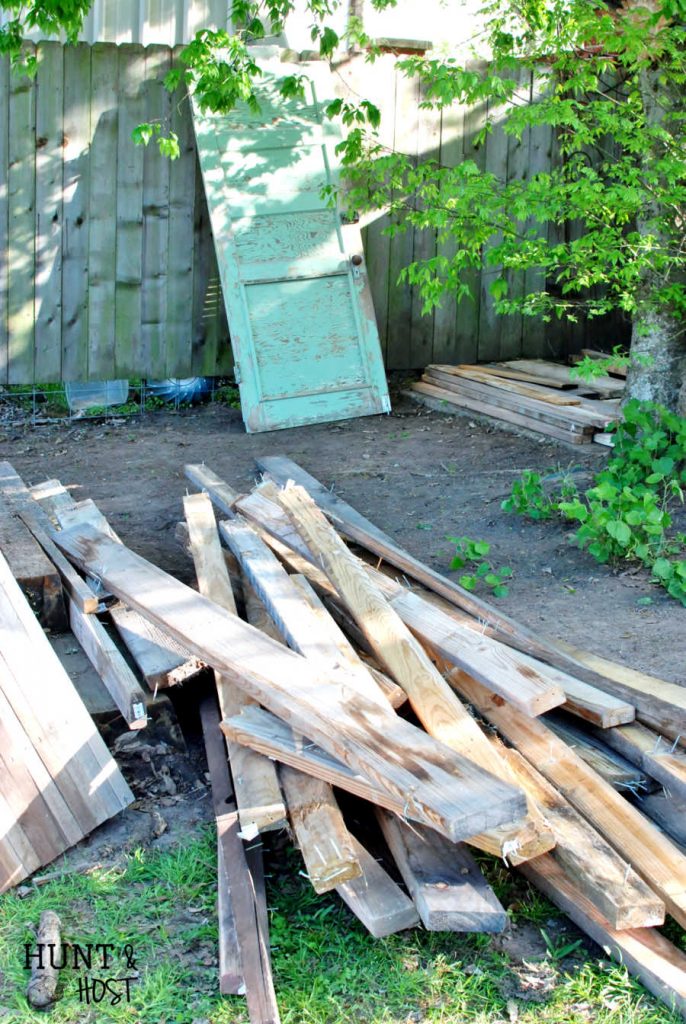 It was a lot of work to undo all the building we did years ago on this playhouse, but thankfully a foundation had been laid for plans my children are on board with. Just like Jesse I never really consulted them on my idea, I just marched forward without their input, thinking I knew best. As I watched how hard they worked toward a goal that was theirs, not mine, it made the task more enjoyable and the lesson for me memorable. God can use any path we follow, whether our intended one or one pushed on us and for that I am grateful. The grace this truth gives me as a parent is freeing, all my pushing and supporting is covered, even if it’s not exactly in the right direction. But oh how I wish it would be. This is simply a chicken coop we are talking about today and heaven knows there are larger dreams and plans at stake. The lesson is to back up the train and prayerfully approach God in building plans for the future (mine or anyone else’s) and let the Holy Spirit lead me on a straight path and strong foundation. 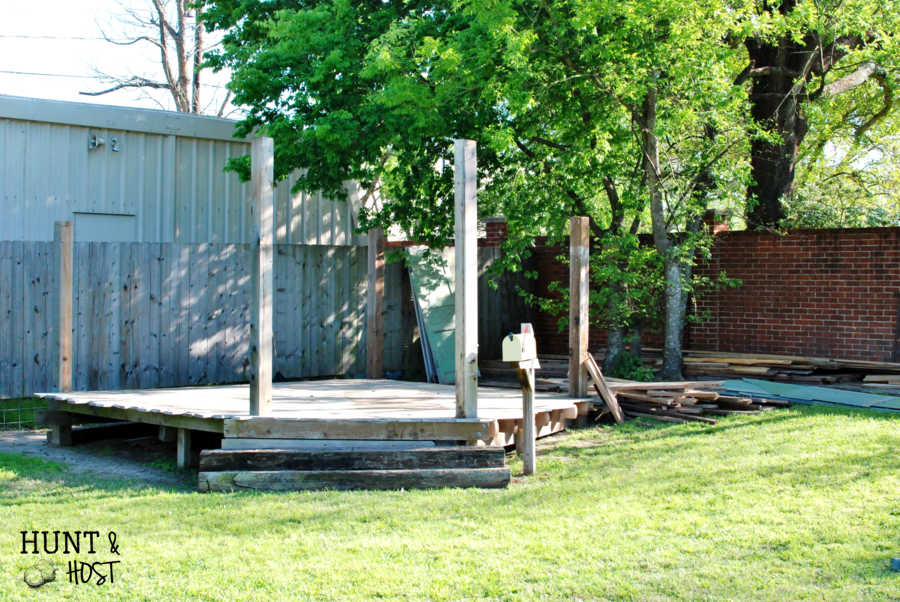 Are you building something for someone today that doesn’t need to be built? Are you judging someone else’s path through the desires of your heart, not theirs? It’s never to late to change paths! I am praying God will reveal to you any paths that need realignment. Please let me know if I can pray specifically for you, I would be honored. 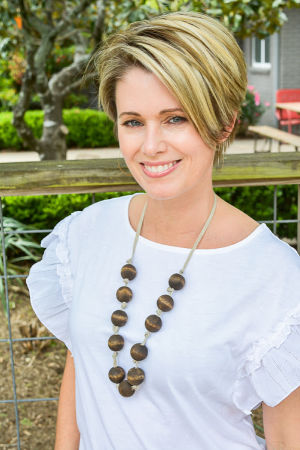 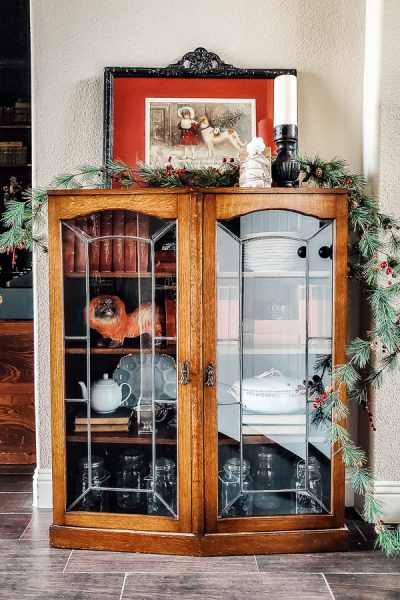 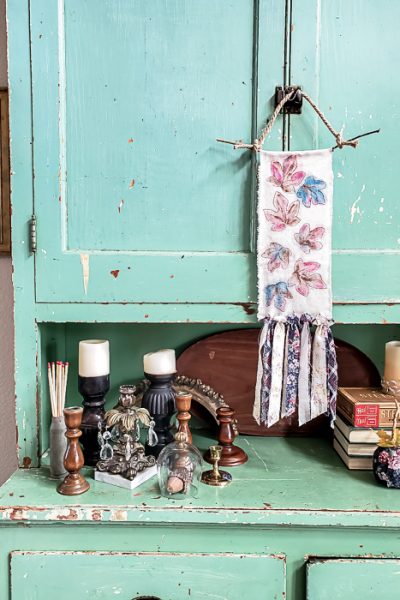 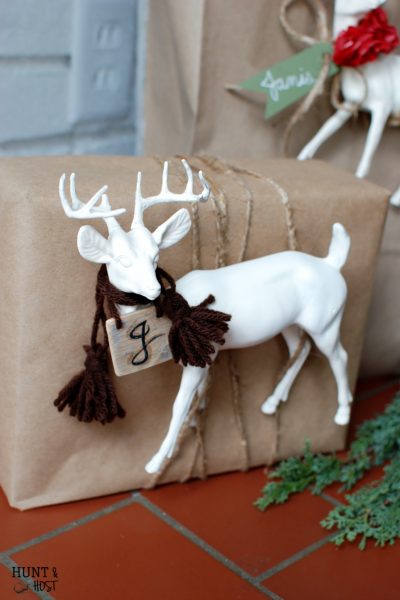 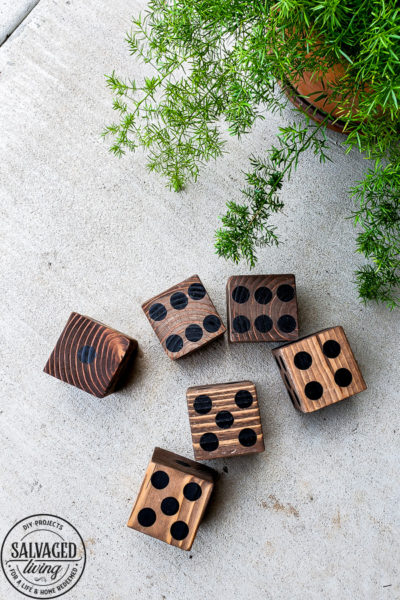 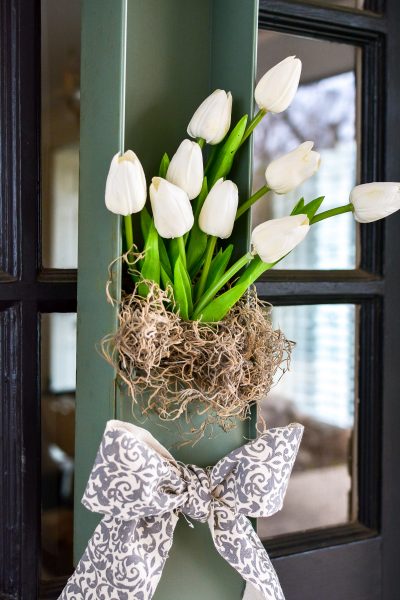